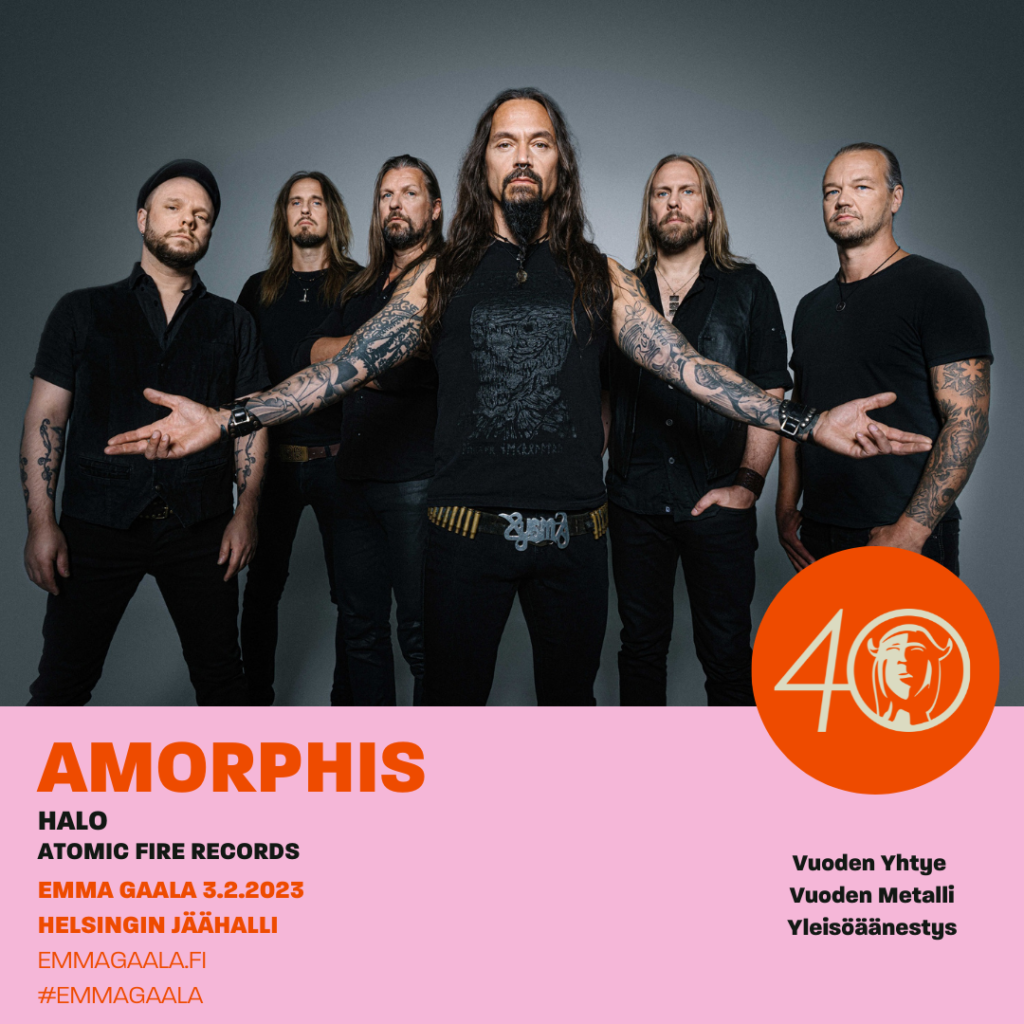 Rock and metal music have always been a haven for those who have bigger stories to tell; who have grander emotions to convey. For more than thirty years, Finnish figureheads AMORPHIS have done their best to carve their very own niche in heartfelt yet aggressive, melancholic yet soothing tunes. On »Halo«, their staggering fourteenth studio effort, the Finns underline their trailblazing status as one of the most original, culturally relevant and rewarding acts ever to emerge from the land of the thousand lakes.

In the past, mythology and legend took the role of today’s pop culture: stories and a set of values uniting us by giving us a voice and a tapestry on which we can find each other and identify with something. By weaving the tales of Finnish national epos »Kalevala« into their songs and interpreting them in a timeless way, AMORPHIS combine the role of ancient minstrels and luminaries of the modern world, honouring tradition without getting stuck in the past.

The vibrant, lively, and touching beauty that is »Halo« highlights their musical and storytelling mastership on a once again soaring level: it’s a progressive, melodic, and quintessentially melancholic heavy metal masterwork plucked from the fickle void of inspiration by original guitarists Esa Holopainen and Tomi Koivusaari, bassist Olli-Pekka Laine, drummer Jan Rechberger, longtime keyboardist Santeri Kallio and vocalist Tomi Joutsen, the band’s longstanding lyrical consciousness Pekka Kainulainen and a selected group of world class audio professionals led by renowned Swedish producer Jens Bogren. Considering the band’s prolonged journey in the forefront of innovative metal music, it’s difficult to grasp how AMORPHIS manages to raise the proverbial bar time and time again, presenting a more than worthy finale to the trilogy begun with 2015’s »Under The Red Cloud« followed by 2018’s »Queen Of Time«.

“It really is a great feeling that we can still produce very decent music as a band,” says Holopainen, a founding member of the band. “Perhaps a certain kind of self-criticism and long experience culminate in these latest albums.” To the songwriter himself, »Halo« sounds both familiar and different. “It is thoroughly recognizable AMORPHIS from beginning to end but the general atmosphere is a little bit heavier and more progressive and also organic compared to its predecessor,” he elaborates.

Tomi Joutsen, the man with vocal cords capable of unleashing colossal, bear-like growls as well as singing soothing, mesmerising lullabies, adds: “To me, »Halo« sounds a little more stripped down compared to »Queen Of Time« and »Under The Red Cloud«. However, don’t get me wrong: when a certain song needs to sound big, then it sounds very big.” He’s right, of course: by stripping down some of the arrangements, the monumental moments become even more monumental.

That’s of course also thanks to producing renaissance man Jens Bogren who harvested the eleven final tracks from a batch of thirty songs AMORPHIS offered him. “Jens is very demanding, but I really like to work with him,” says Holopainen. “He takes care of the whole project from start to finish, and he allows the musician to focus on just playing. I may not be able to thank Jens enough. Everything we’ve done together has been really great, and this cooperation has carried AMORPHIS significantly forward.”

Indeed. Setting off with the stormy grandeur of opener ’Northwards’, AMORPHIS take us on an epic journey through the lands of the North, their rich cultural and historical heritage and musical traditions. This is not only an album for fans or metal connoisseurs. It’s a must for every imaginative mind out there with a soft spot for cinematic soundscapes, triumphant melodies and breathtaking dynamics measuring the borderlands of light and dark. However, no AMORPHIS album would be complete without the imaginative and poetic storytelling of renowned lyricist and »Kalevala« expert Pekka Kainulainen. “From day one, Pekka has always been an enthusiastic and prolific lyricist for AMORPHIS,” says Joutsen. “It is a slow process of translating archaic Finnish poetry into English and adapting it to our progressive rhythms. Fortunately, Pekka does everything on time and with great care.” Since 2007’s »Silent Waters«, Kainulainen has been navigating the mythological waters of his homeland with great skill and respect. For »Halo«, he outdid himself once again. “»Halo« is a loose themed record filled with adventurous tales about the mythical North tens of thousands of years ago,” he explains. “The lyrics tell of an ancient time when man wandered to these abandoned boreal frontiers after the ice age. While describing the revival of a seminal culture in a world of new opportunities, I also try to reach the sempiternal forces of the human mind.” Thirty-one years after their inception, with uncounted global tours under their belt and fourteen albums deep in their career, AMORPHIS still prove to be the musical fountain of youth, an extraordinary band constantly reinventing itself without abandoning its mystical roots. With »Halo«, they deliver an astonishing album that deserves to be played everywhere, transcending the realms of metal and rock by its sheer profoundness and musicality. 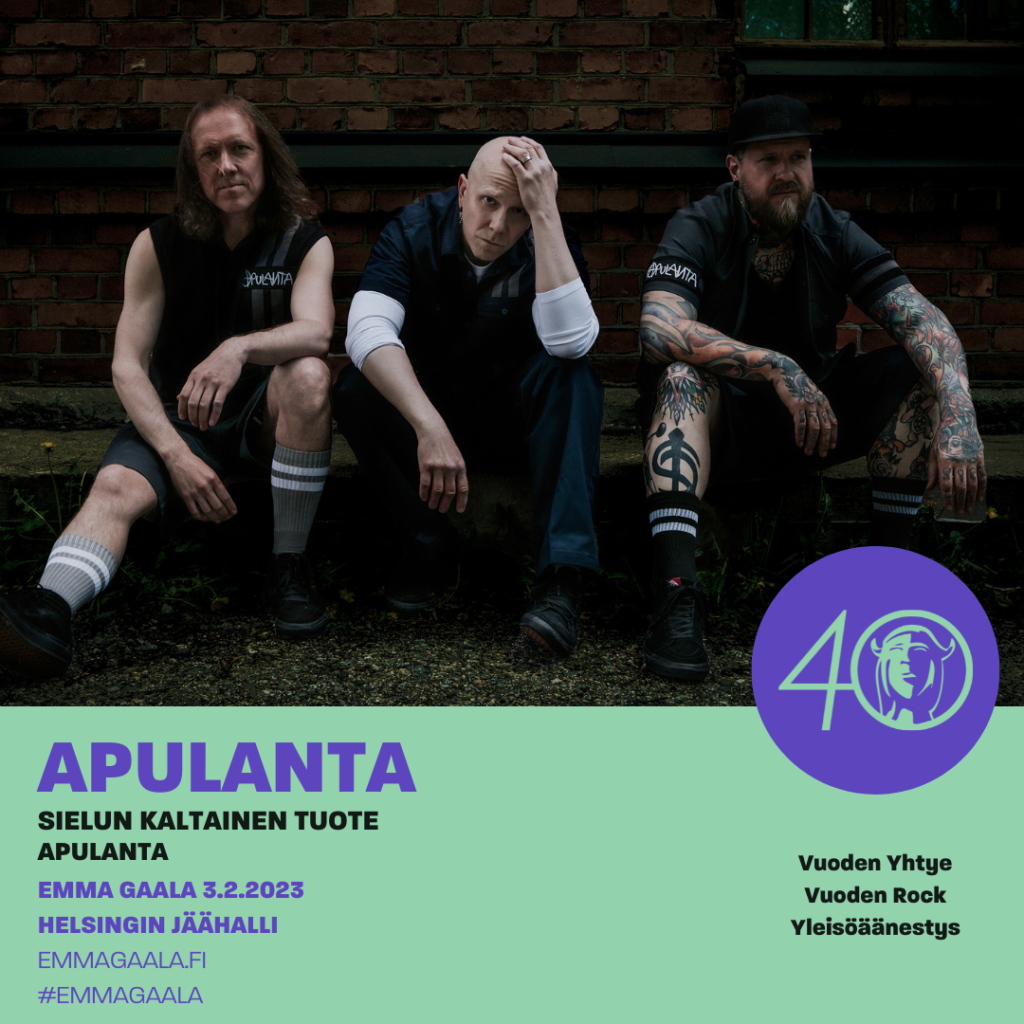 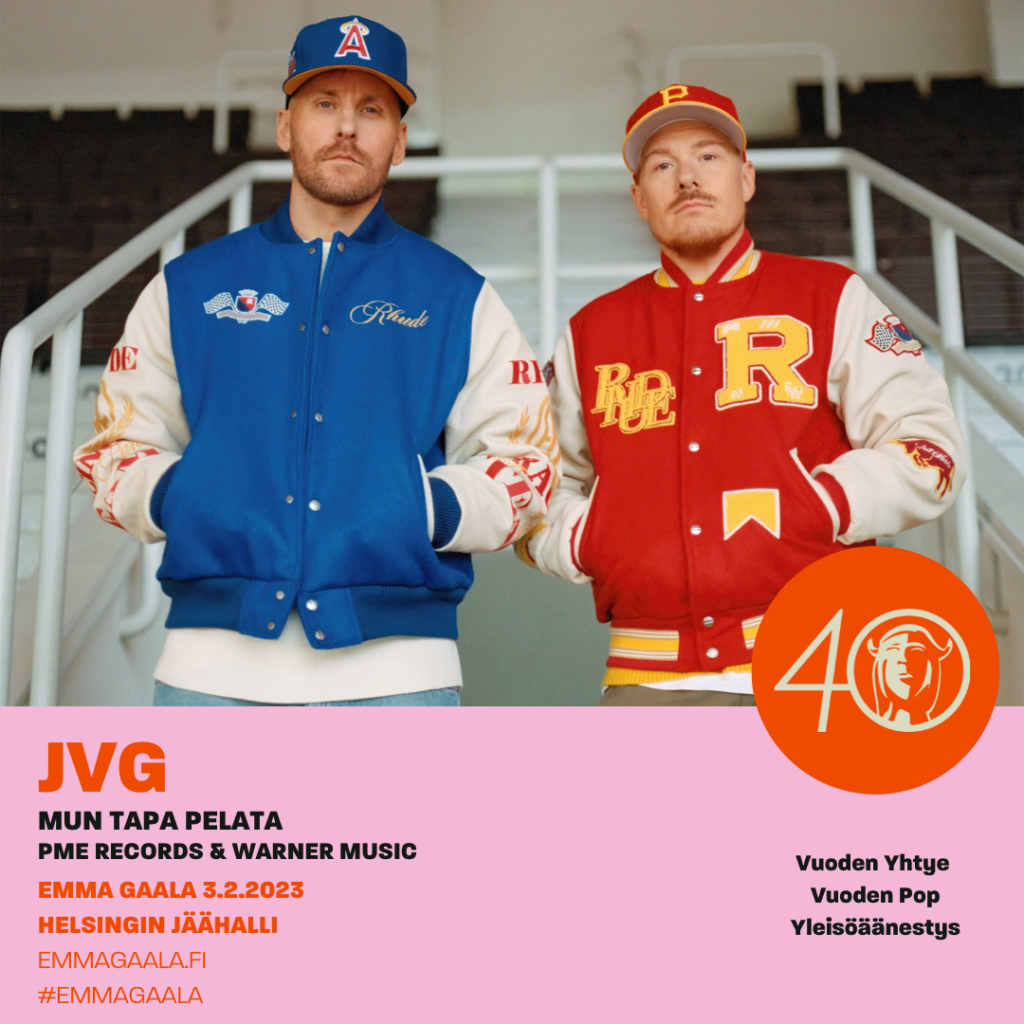 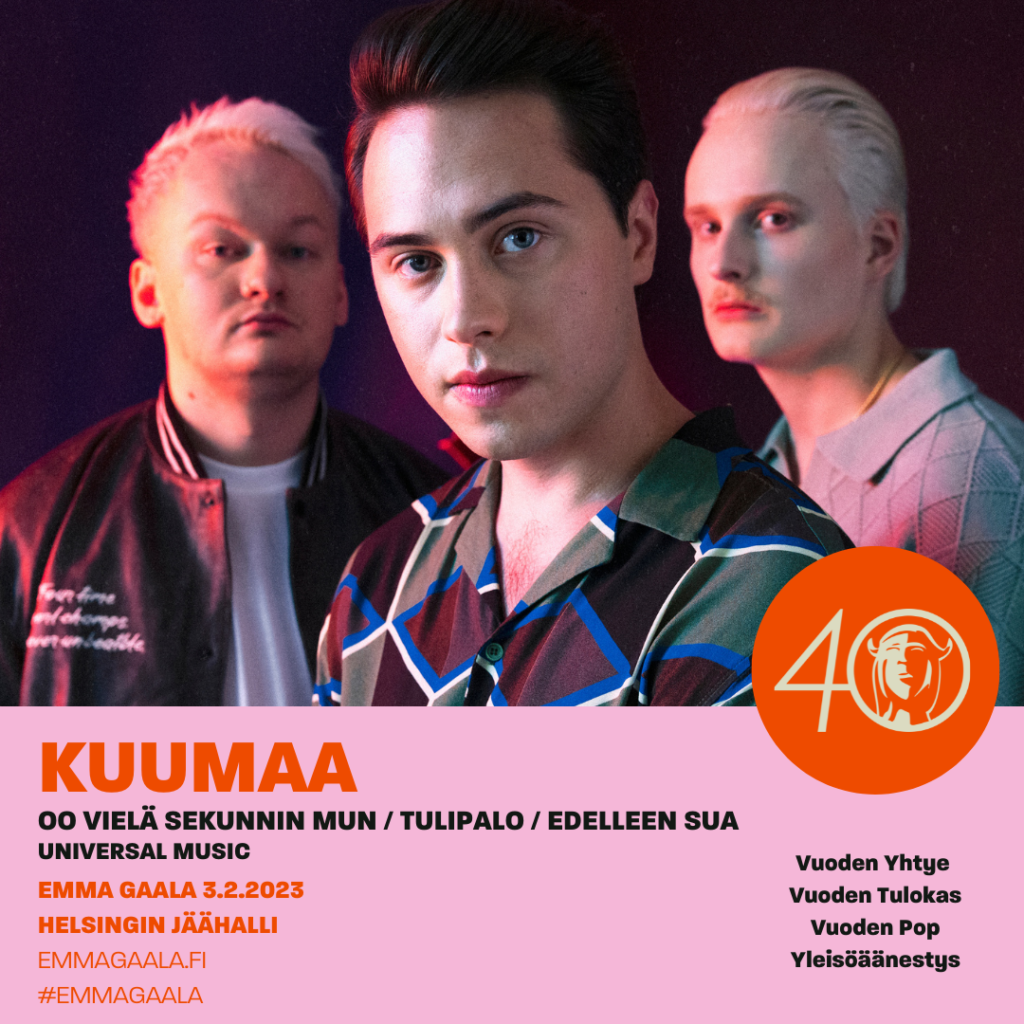 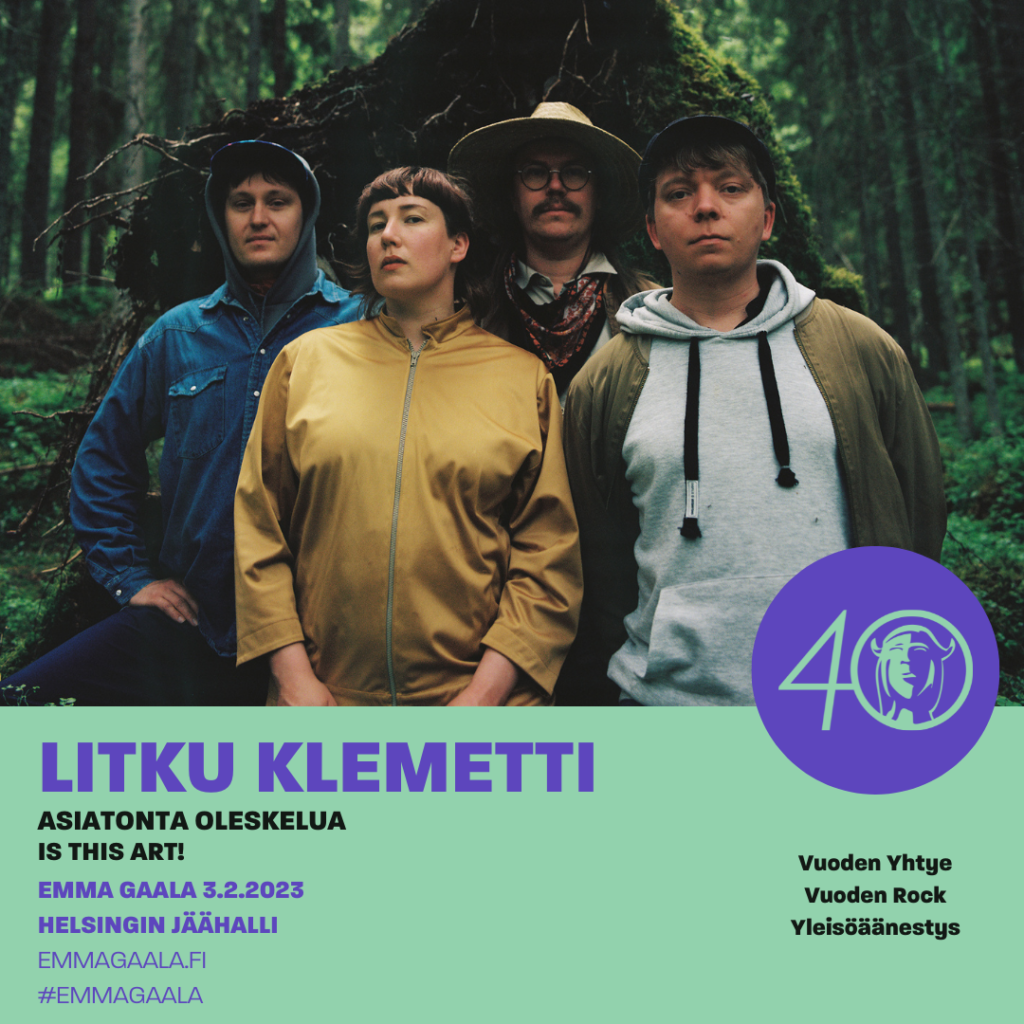 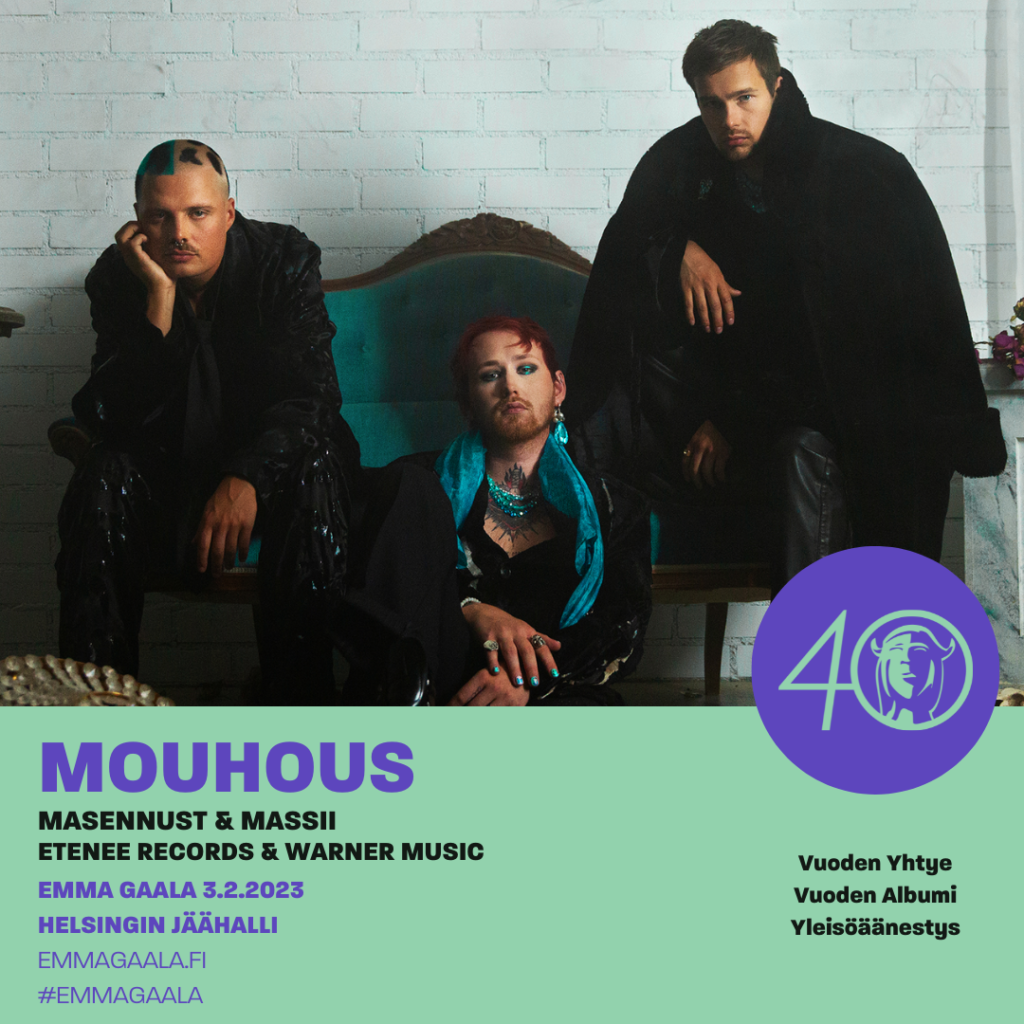